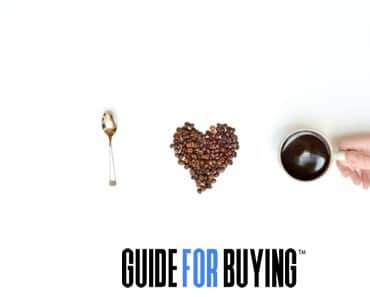 Our beloved coffee. It gives your morning a jump start, pushes you through the afternoon drag, and has made its way into the lives of more than 80% of the population of the United States. Americans spend $1000 to $3000 per year on coffee just to reap the rewards of this golden elixir once thought to be the drink of evildoers and ne’re do wells. Fortunately, coffee history is just as delicious as the drink itself. Pour yourself a cup and read on to learn more about Coffee 101.

Learn about Coffee with our take of Coffee History

The origins of coffee are wrapped in mystery and folklore. One of the most popular versions is the 11th-century Ethiopian story of Kaldi the goatherder who noticed how active his goats were after eating the fruit and beans from the coffee bush.

He took the beans to a local monastery where the monks experimented with them. They found that brewing them produced a drink that gave them renewed vigor. Legend has it that it was through the sharing of monasteries that coffee began its spread across the globe.

By the 17th century, coffee had become a viable trade product and started to appear in Europe. Many opposed it because it was associated with trade from the Arab world. Some called it a devil’s drink and urged Pope Clement VIII to condemn it. Instead, he tried it and deemed it delicious.

Having some of the first American heroes bolster the benefits of coffee also helped to make it so popular in the United States. Teddy Roosevelt is rumored to have drunk upwards of a gallon of coffee a day. He’s said to have coined the phrase “Good to the Last Drop” for Maxwell House coffee.

The Arbuckle brothers, John and Charles, bought a newly invented self-emptying coffee roaster and began selling pre-roasted beans by the pound packaged in brown paper sacks. They were a huge success with cowboys of the west. James Folger followed closely behind the Arbuckle brothers as he sold roasted coffee to the gold miners flooding into California.

Where is the Best Gourmet Coffee From?

There is so much to learn about coffee. From the different types of coffee, gourmet coffee, and roasting techniques, to coffee history. Coffee 101 is a fascinating subject. Gourmet coffee is one of the most interesting of all coffee 101 subjects.

Gourmet coffee is one of the types of coffee that could be considered fancy coffee. When you learn about coffee one of the first things you encounter is the various growing methods. The way it is grown can turn an average coffee into an expensive fancy coffee with just a bit of effort.

A big factor in how coffee tastes is where it is grown.

The soil and environment in different parts of the world give their native coffees a particular taste. Some regions of the world have become known for their specific coffee taste. A great way to learn about coffee is to taste a variety of different coffees from around the world and study its coffee history. Here is a list of areas known for their flavorful specialty coffee.

* Hawaii – Kona coffees are grown on the hills of Mauna Key and Hualalai. It is one of the world’s rarest types of coffee. The bright sun-filled days and warm afternoon rains mix with the rich volcanic dirt to provide a coffee that is unlike any other.

* Indonesia – Definitely the weirdest, and probably one of the most expensive types of coffee come from Indonesia. Civet poop coffee, or Kopi Luwak, is a type of coffee made from coffee beans that have been digested by a Civet, a mammal similar to a cat/ferret mix.

The Civet eats the berries of a coffee plant. Their digestive tract changes the composition of the coffee beans. When they are discarded as waste, they are harvested, washed, and sun-dried before roasting. The beans journey through the digestive tract gives them a less bitter taste than any other types of coffee.

* Caribbean – Jamaica grows some of the world’s most highly coveted coffee, Jamaica’s Blue Mountain Coffee, on one of the tallest mountain ranges in the Caribbean. The rich soil, cool temperatures, and high levels of rainfall promote the growth of a coffee that is mild and subtly sweet. Jamaica’s small size, high elevation, and unusual climate make it impossible to grow as much coffee as other countries which makes its coffee even more elusive.

Our Fun Facts About Coffee

There are a lot of fun facts to learn about coffee. The origins and some of the manufacturing processes are interesting alone, but there are lots of other fascinating facts about this potent potion. Here are some of the strangest facts of Coffee 101.

* Specialty coffees began to take a foothold in the country in the 1960s. The first
Starbucks soon opened in 1971.

* Coffee beans are not beans. They are technically seeds. Coffee shrubs bloom and produce a berry much like a cherry. The beans are the pit of the fruit.

* Coffee berries can also be eaten. People used to mix them with fat to make an early type of protein bar. They can also be fermented like many other fruits to make wine.

* Only two states in the United States make coffee. Hawaii and California.

* The largest cup of coffee ever poured was nine feet tall. In 2012, the 3,487-gallon
cup won a place in the Guinness Book of World Records.

If Coffee 101 has taught you anything, it should be that this flavorful drink has been a part of humanity for centuries, adapting and changing with us. Today’s coffee world is all about organic, sustainable, fair-trade coffee that has taken on an artistic quality, much like fine wine. It is a culture all on its own.

Check out our popular list of Top 50 places to buy coffee online. 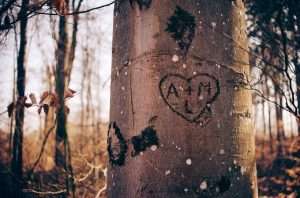 11 Engraved Gift Ideas for a Lasting Impression – 2022 guide If you want to give a meaningful present, one of the best ways to 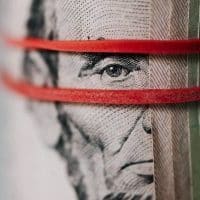 7 Ways to Save Money By Living Stingy

So you’re trying to save money, but you can’t seem to stop spending. You keep thinking about things you really want, and when it comes

He Drank 47 Cups of Coffee a Day